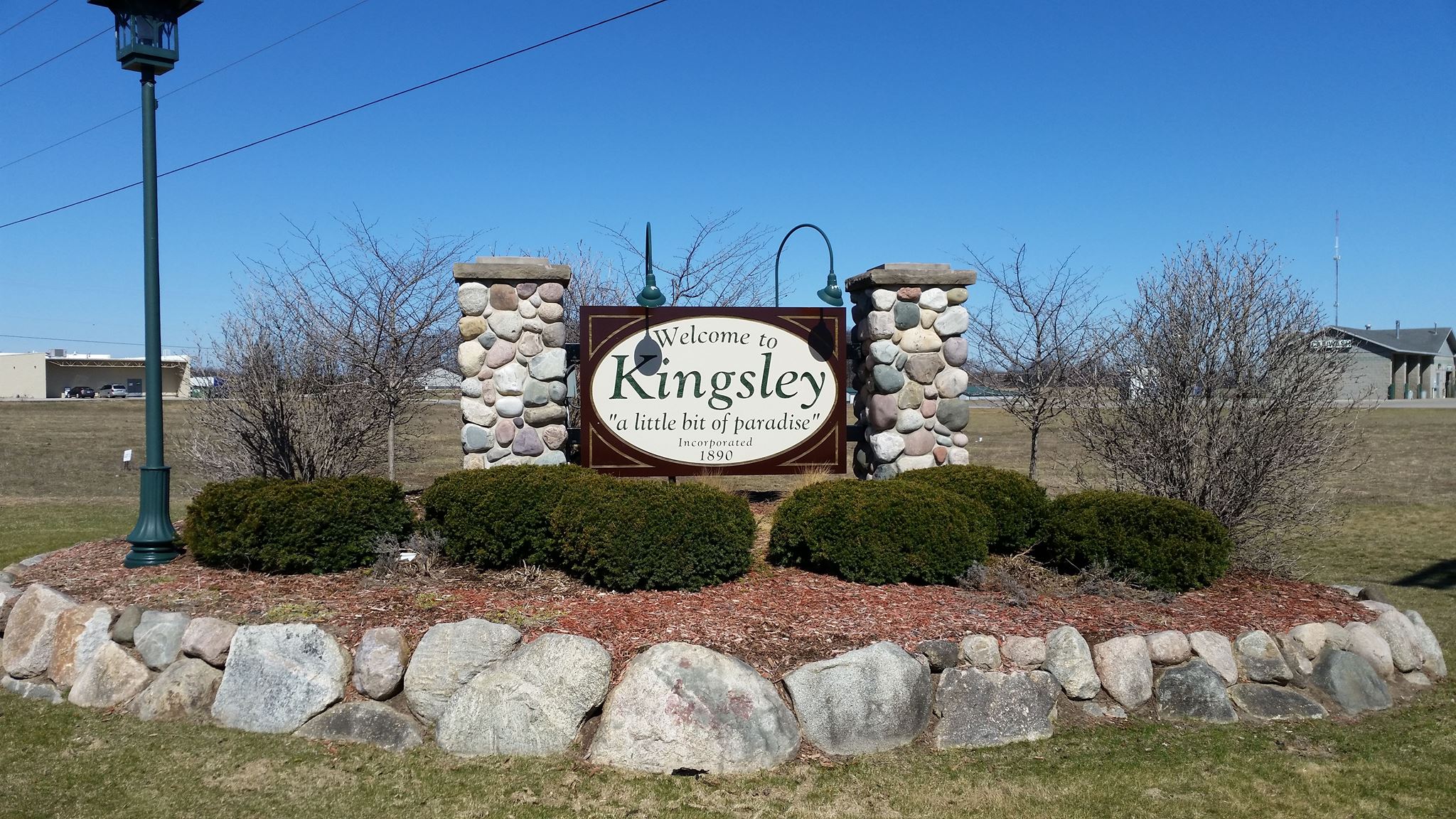 Kingsley resident and Keller Williams realtor Stacy Allman says leaving Traverse City in the rearview mirror for Kalkaska or Kingsley means you can find a three or four bedroom and one and a half bath home between $150,000 and $200,000. In Traverse City, such a home would be well over $200,000 – if you can find one at all.

Max Anderson — whose job ironically is to promote all things Traverse City — knows that firsthand. The executive director of the Traverse City Area Chamber of Commerce and his wife searched for a home in TC to no avail. “We wanted to be in downtown Traverse City, as it was close to work. We put offers in (on houses) and they got bought out from under us,” he says.

That led them to consider other towns nearby, eventually opting for Kingsley. “It’s close enough to Traverse City to have everything you want, yet I can walk on the back deck and there’s no light pollution,” Anderson says.

Gabe Snider and her husband Shannon are similarly pleased, though their story is a bit different. The two were looking for a specific type of property, and found what they wanted in Kalkaska. “It’s an old farmhouse with a barn and carriage house, two lean-tos and a chicken coop, on almost 20 acres,” she tells The Ticker. “In Traverse City it probably would be more than $400,000.” In Kalkaska? $135,000 with 11 acres, and the owner added another seven acres for $1.

And homes in Kingsley and Kalkaska are not staying on the market as long, either. Kingsley homes were for sale, on average, 105 days in 2014, dropping to 63 three years later. The story’s the same in Kalkaska, where the median days on market fell from 117 in 2014 to 89 last year.

And it’s not only home prices where buyers find savings. “Just south of Kingsley is still a good shot to Traverse City, but Wexford County taxes are lower,” says Allman.

She’s also a cheerleader for her hometown. “I serve on the DDA in Kingsley, and we’re bringing business in. It’s a top-ranked school, and enrollment is increasing. And it’s a tight-knit community.”

Lifelong Kalkaska resident and realtor Sue Vowels of Coldwell Banker Schmidt, who sold the Sniders their home, is similarly enthusiastic about her town. “There are activities like the Trout Festival, and horse, RV and snowmobile trails. You don’t go more than three miles without running into water, including two blue-ribbon trout streams.” She goes on to tout Kalkaska Schools and the fact the town has both a small airport and a hospital.

Kalkaska’s proximity to other northern Michigan towns was also appealing to the Sniders; Gabe splits her work time between Pellston and Harbor Springs, while her husband’s work is moving from nearby Williamsburg to Leelanau County. “We looked in Traverse City and Williamsburg – it was half the land for twice the price. Now we have land, a farmhouse, no neighbors. It’s quiet and only six miles to the grocery store, with lakes all around us,” Snider says.